skip to Main Content
In Memory of our friend Adam Sandberg
April 15, 2021

This past week the IOD Black Arrow Race Team of New York lost an absolute legend of a friend, sailor, brother, son and all round tremendous force – Adam Sandberg. He was the glue to our IOD sailing. His passion brought us together and his generosity with time, friendship and humor made our moments together special.

A group of us started sailing together at Manhattan Yacht Club in the J24 Series and following a few healthy seasons of battling it out, we were given the chance to go down to the Bermuda IOD invitational. Adam was there with Luigi Galbiati, Malcolm Forbes, Matt Winalski, Jaci Daudt and our MYC Commodore Michael Fortenbaugh. The opportunity to race these boats got us hooked and Adam plied Luigi with enough Dark and Stormies to get us to commit to IOD racing full time and make the move to buy a boat.

We celebrated the purchase of Black Arrow with champagne one cold winter night in a TriBeCa apartment. We signed our team contract and co-ownership, traded copies of the ‘The Saga of the IOD – A Celebration of 75 Years’ and began our IOD adventure. Over the last 5 years, we’ve had the most amazing events together in these boats. Adam was the consistent thread and social force behind all of this. He attended multiple Bermuda invitational events, he was with us in Nova Scotia for the North Americans, when we struck gold in one race under the erratic driving of Eivind Karlsen, he was at the Worlds in Northeast Harbor where over the course of a 2 mile+ run, with Eric Leitner at the helm, he tuned that kite to hold on for another bullet. He was with us in Nantucket for the invitational in 2019 where the rosé flowed and tactician groaned, and Marblehead for the Worlds where we drifted around in the rain and smoked cigars.

On the water, Adam was a focused, intense sailor. He was quiet, he zoomed in on his role, and he kept calm. After the race he peppered us all with questions, replayed the race, called out and dissected the bits where we could have done better and celebrated the small wins and maneuvers that worked out. He handed out the sour patch kids, the snickers bars, and the beers.

Off the water Adam set the pace for us. He turned up the music as we took the post-race showers, he let us borrow his ties, he tied our ties, booked the Uber, ushered us out to the party, bought the drinks. Off the water he never lost a race.

With these sorts of reminiscences it can feel like a cliche to say these things. But for us he was the reason we did all this, he made it all so fun and he had such a passion for it.

Adam was also the generous host when we weren’t on the IOD circuit. In Sag Harbor, he had his true love, Embla, a beautiful blue Rustler 24, that he kept in immaculate condition and raced weekly. He recreated his Swedish summers for us between his boats and his house on the water. He hosted us almost every weekend and we would take our little kids out on Embla, anchor in a cove in the Peconic Bay and go swimming. He gave the sailing bug to this next generation.

It’s not clear to us how we pick it up from here and carry his spirit forward. He’s one of those rare people you meet who is the center of gravity and a passionate force that carries you along.

The IOD is an enduring class. It has a legacy and community that has been the home of many such characters, and Adam is right at home here among them. We are grateful to this organization for having put together these incredible events and hosted us on many occasions, for giving us such quality time with him. We’ve learned an immense amount about what is important, about how a passion for this boat and this sport has the capacity to bring people together and create such a friendship. Adam was so proud of being part of this fleet, so in admiration of its history and the fact that it touched so many places in the world that he loved – Sweden, Bermuda, Nantucket, The Hudson.

Whenever there was a prize giving and a camera, Adam had this natural habit. He would shuffle his feet in a little dance, check his tie, stand up straight, lift his chin, tilt his head, grin mischievously, and wink.

Thank you Adam. You’ve taught us what to enjoy and how to enjoy it, how to soak it up and also, sadly, you’ve reminded us of how brief and precious it all is. We aren’t going to forget it, we’re going to go sailing!

Link: Folder with some photos of Adam 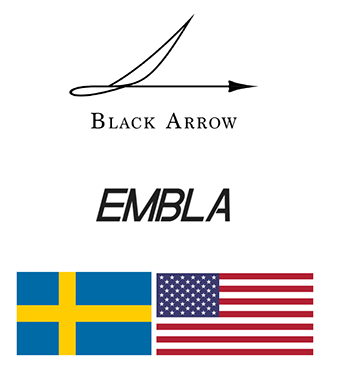