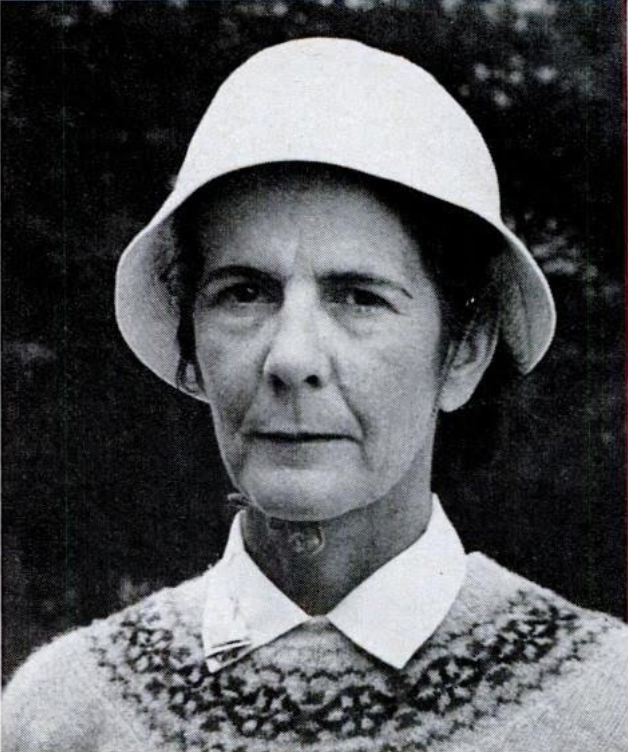 IOD ACCOMPLISHMENTS AND CONTRIBUTIONS: Allegra Mertz actively raced IODs in the Larchmont Fleet with her brother Arthur Knapp.  She won the first IOD trophy ever awarded, in 1937, a silver scallop shell, which is now the trophy for second place in the IOD World Championship

Outside of the IOD Class, “Leggy” won the Adams Cup for the national women’s sailing championship four times and was eight-time winner of the women’s sailing championship on Long Island Sound for the Syce Cup trophy. She was named the U.S. Yachtswoman of the Year in 1963.
Mertz was a driving force promoting youth sailing, particularly in the Blue Jay class, which she founded in 1954 and served as president for 24 years. In 1966, she became the ninth recipient (and first woman) to be awarded the Nathanael G. Herreshoff Trophy, the most prestigious U.S. service award in the sport, for her leadership and accomplishments.
1.0.0.20
1.0.0.20
1.0.0.20
1.0.0.20
1.0.0.20
Copyright 2022 - IODWCA All Rights Reserved
Back To Top